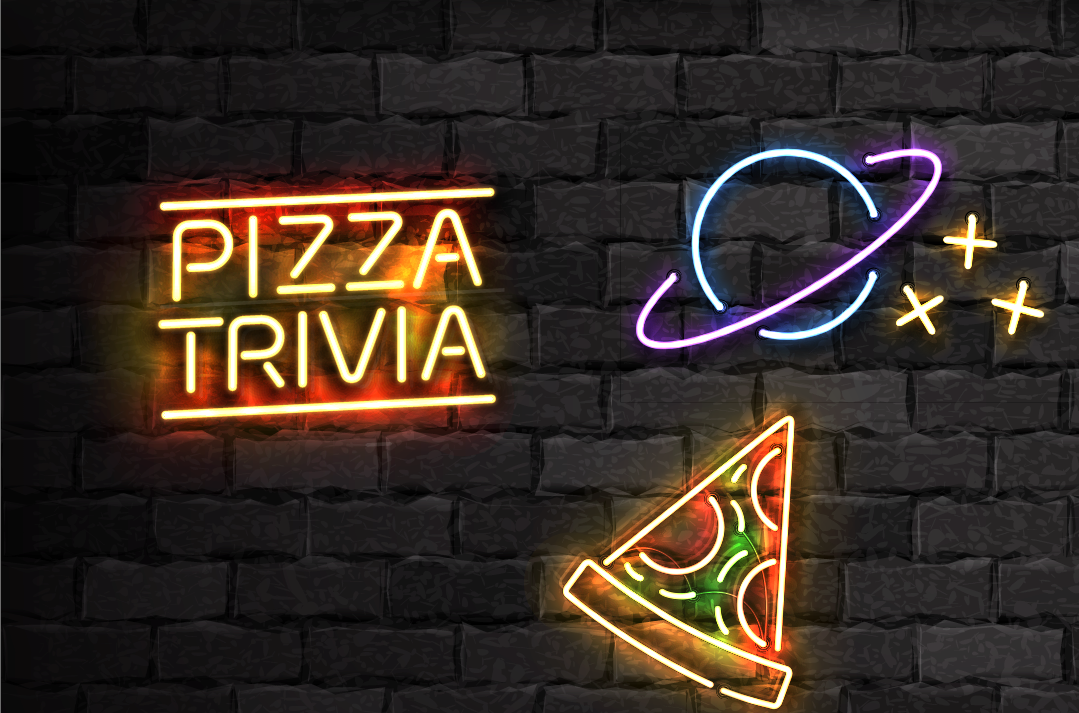 As we all are aware: pizza is freaking amazing! Because it’s national pizza month, (Yes, pizza is that amazing it has the month of October dedicated to it every year) we thought we’d look at some of the craziest pizza facts.

This pizza fact is great! October is National Pizza Month, this praise to pizza was created by Gerry Durnell all the way back in October 1984. This is one of the most badass things ever, you know you’re pretty phenomenal if you have a whole month dedicated to you. We suggest that you cash in on all the sweet deals & offers available at Papa John’s. ‘Coz Papa John’s has you covered.

In Brooklyn New York, some genius thought it would be a good idea to make a pizza box – out of pizza. That’s right, instead of a cardboard box, the box is pizza. Pizza in pizza, covered by pizza. Isn’t that just so mouth-wateringly beautiful? Just imagine Papa John’s ‘Sausage & Pepperoni’ in a box made out of the ‘Double Pepperoni’. Drool alert!

If you ever doubted the greatness of pizza, this pizza fact will surely change that. Yes, pizza is so cool it’s been to space. It has left earth & touched a place very few get to visit. Not only is pizza a global phenomenon, but it is also a universal phenomenon. 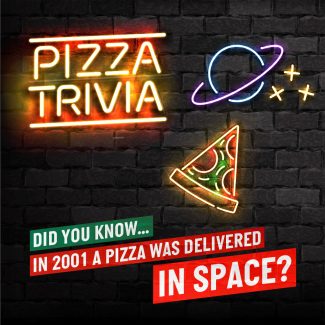 This little pizza fact might surprise you; the average Brit munches their way through 731 tasty pizzas in their lifetime. To put that into perspective, that’s around 5847 delicious slices. That’s a loooot of pizza. On top of this, mushroom and pepperoni reign supreme for the top-rated toppings. Dig into the delectable ‘The Works Pizza‘ for all your pepperoni and mushroom needs.

We’ll give you a moment to pick your jaw up from the floor. You read that correct, the most expensive pizza comes in at a whopping £9,700. You’re probably wondering what makes it so expensive? Well, just about any and every boujie ingredient out there! The dough is made from Arabian flour, it features three rare but boujie types of caviar, Norwegian lobster and 7 types of super boujie cheeses.

World War II helped spread the word of the magic of pizza! How was this possible? Well, American troops, during the occupation of Italy, would munch on pizza when rations got low. Once the war as over, the troops took the greatness that pizza is back to the US with them.

Another fun Papa John’s pizza fact coming in hot! Papa John’s is responsible for the largest pizza delivery ever. How big do you wonder? 13,500 pizzas big! This extremely large pizza was given to 6,000 hard-working construction workers who spent two and half years building something really important for someone really important. You should take this as a lesson: whenever you work hard, congratulate yourself with a yummy Papa John’s pizza.

Probably the most shocking pizza fact on this list. There is a mathematical theorem named after pizza. It is called ‘pizza theorem’. Yep! Pizza infiltrated the maths scene and we think that’s very cool. Not many foods have a whole math theorem named after them, so it’s kinda a big deal.

That’s 10 really surprising but also really cool pizza facts! Now you have all this unique knowledge to pass onto others and to continue to spread the amazing word of pizza to the masses. If you’re feeling hungry, order from your local Papa John’s store here.

If you were not aware, Papa John’s has a buzzing 2 for 1 Merlin Halloween offer up for grabs! This cool promotion gets you a cheeky 2 for 1 ticket deal at the top UK attractions including Legoland and Chessington World of Adventures. All you have to do is order with Papa John’s online! You can find the terms & conditions here.

The Sources behind our crazy facts can be found: here, here & here.